Need a kick in the pants...? - Marketing Breakthroughs

Need a kick in the pants…? 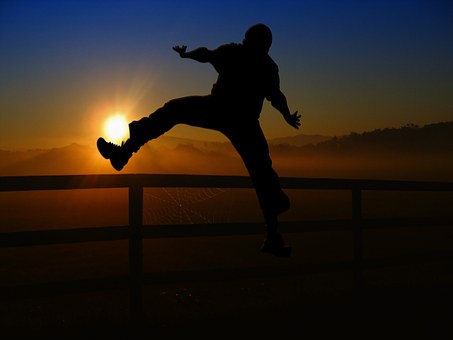 Sometimes we all do… when we procrastinate and fail to take action.  As a result, we run the risk of missing out on opportunities.  It’s so easy to get caught up in the stuff that distracts us like surfing the Internet, checking our phone, posting on social media.

What we need to do is focus on how we can shift from a static to an active state to capitalise on our potential.  This is the topic of a book by Sháá Wasmund and Richard Newton, titled “Stop Talking Start Doing – A Kick In The Pants In Six Parts.”

Don’t spend too much time pondering before you take action.  Often we can over think things and talk ourselves out of the doing.  Just like the boy who wants to ask out the girl he’s sweet on.  If he thinks about it too much and mulls over all the possible outcomes, he might very well lose the courage to approach her – an opportunity gone.

Sometimes all you need to do is to take that first step and the rest naturally unfolds.  You get into the flow or what I’ve heard referred to as “the zone”.

Recently I found myself procrastinating about creating awareness for my new Marketing online coaching programme.  Eventually I made an appointment to see a CEO of one of the business chambers.  The result – she presented my course the next day to the High Commissioner of Botswana and there’s also a second opportunity of possible corporate training contracts.

In their book, Wasmund and Newton make the point that “the instant you cross the start line everything changes.”

Often we allow fear to paralyse us.  We focus on the possible failure that will result if we embark on a new path and that’s what prevents us from taking action.  What we need to do is to take action anyway, even with that fear feeling.  Remember that your regret at having missed out an opportunity will be far greater and long lasting than any fear you experience.

Taking action may not give you exactly the outcome you’ve envisaged but it will give you a result which will allow you to reset your course and move forward.

Just think about Coca Cola – it was first introduced as a medicine… the rest is history.

Sure it’s a good idea to work out what needs to be done, so that you know where to start.  But don’t get bogged down in the planning.

There’s a well known test which requires teams of participants to construct a tower made out of spaghetti sticks and place a marshmallow on the top.  Results show that the teams that on average build towers three times higher than competing teams are children.  The worst performing groups tend to be graduates, followed by CEO’s.

The reason is simple.  The kids immediately get stuck into the task of building the tower and from practical experience, learn what works and what doesn’t.  The graduates and CEO’s, on the other hand, spend so much time planning and posturing, that they scramble to actually build their towers at the last minute.

No Action Can Cost You

Digital guru, Seth Godin, recounts how he was fascinated by the concept of crypto currencies and in 1995 wrote a book called “Presenting Digital Cash”.   It was ahead of its time and sold very few copies.

Godin’s take out from this is that knowing something is not enough, you need to act on it.

So, the next time you have a hunch, follow the Nike slogan and “Just do it”!

Good advice for us all.